After twenty-five years in the same parish, Father Kennedy was saying his farewells at his retirement dinner.  A leading politician and prominent member of the congregation had been asked to make a short speechand a presentation, but was late arriving.  So Father Kennedy took it upon himself to fill the time, and stood up to the microphone:

“I remember the first confession I heard here twenty-five years ago.  That first confession remains the worst I’ve ever heard and I was really worried about the sort of parish to which I’d come.

“The chap confessed that he’d stolen from a neighbour, lied to the police when questioned, and managed to successfully blame the crime on a neighbour’s teenage son.  He said that he’d stolen money from his employer; that he’d had affairs with several of his friends’ wives; and that he’d often driven while drunk.  You can imagine what I thought!

“However, I’m pleased to say that as the days passed, I quickly realised that this chap was a despicable exception and that this parish was indeed a wonderful place full of kind and decent people…” 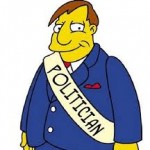 At this point, the politician arrived.  Eager to take the stage, he apologised for being late, stepped up to the microphone, pulled his speech from his pocket, and began:

“I’ll always remember when Father Kennedy first came to our parish.  In fact, I’m pretty certain that the first confession Father Kennedy heard in this parish was mine…”

Whether it’s an interview, a meeting with a client, or an office celebration, you just can’t afford to be late for an appointment.

The provenance of this apocryphal story is unknown.